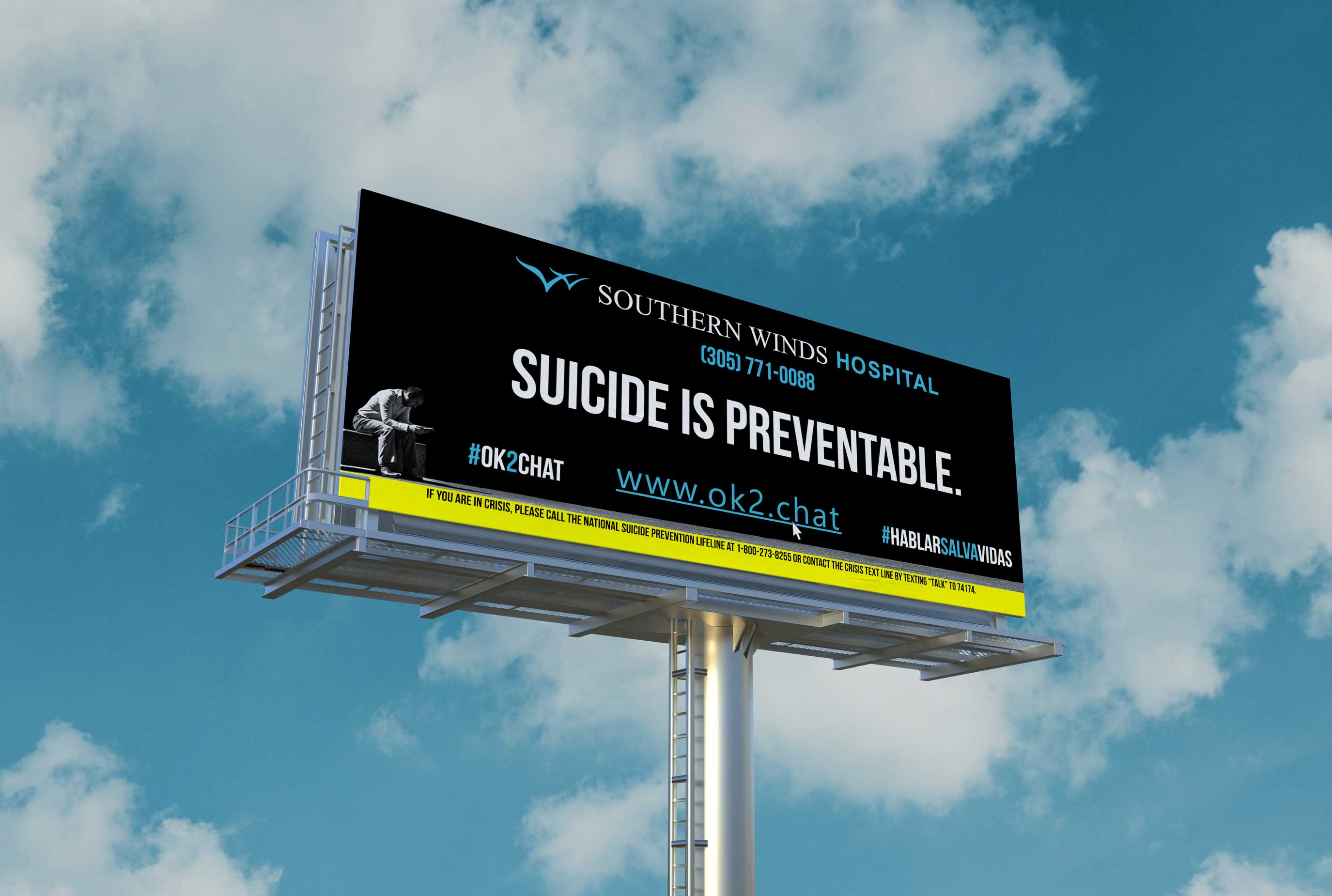 Around 43.8 million adults experience some type of mental health problem each year. On a global basis, someone dies from suicide every 40 seconds, which equals roughly 1 million suicides a year, according to international data.

“We seek to save lives and lower suicide statistics in 2020 and beyond,” said Ana Bovo, MSW, Chief Executive Officer of Southern Winds Hospital. “We are committed to providing a safe space for life-saving conversations about suicide prevention, mental health and addiction. Within the community, suicide prevention deserves the same attention and commitment provided to other major health crises.”

The suicide prevention campaign — #OK2CHAT and #HablarSalvaVidas — will start on Monday, December 9 and will focus on the importance of developing conversations about suicide, recognizing the signs for those at-risk and seeking professional help to prevent tragedy. The bilingual campaign take place as Southern Winds Hospital completes a major renovation of its top-tier in-patient facility, continues to expand its excellent team of psychiatric professionals and upgrades its robust out-patient program.

The #OK2CHAT and #HablarSalvaVidas campaign will involve weekly messages and insights built around the C.H.A.T. acronym:

T Talk With Someone

For more information please visit the #Ok2Chat and #HablarSalvaVidas website